We get a lot of questions at our performances about the instruments we play. I will try to elaborate here on our website. I will describe below the views of the Czech and German members of Corni di Egra. Please note that we don’t seek to impose our opinions on anyone.
I’ve been playing the standard French horn in F/Bb since my early years. I come from a family of forester, and since hunting was an integral part of my upbringing, I soon took an interest in hunting music. I would play hunting fanfares on German horns with fellow members of the Cheb Youth Marching Band.
In 1970 I went to study at the VŠLD (Vysoká škola lesnícka a drevárska) in Zvolen in present-day Slovakia. My efforts to found a horn ensemble while at university were in vain, but I had various gigs playing the French  horn for local bands. I also began to write and arrange music.
After starting work in 1976, I began to dedicate myself fully to hunting in Slavkov Forest (where I hunt to this day) and bought my first hunting instrument: a hunting horn in Bb made by Amati, a Czech manufacturer based in Kraslice. I still play it at autumn events when due to past experience I don’t want to take the risk of damaging a more expensive instrument.
At the turn of the millennium I was playing in the Corni di Egra classical horn quartet when my fellow players and I decided it would be interesting to try out natural hunting horns in Eb. We asked our good friend Zdeňek Smrž, an expert horn maker in Kraslice, whether he would be up to the task. He made us some beautiful horns, and since then has produced a number of natural horns in Eb. See the photo below: 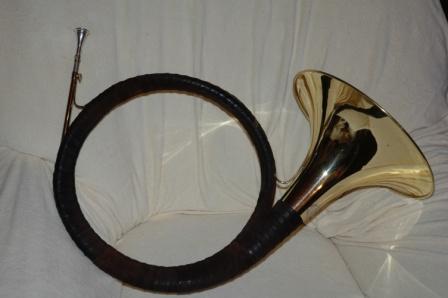 The Corni di Egra horn quartet later disbanded. In 2005 I started playing with hunting bugle players in Waldsassen in neighbouring Bavaria, which led to the forming of the Czech-German hunting ensemble Corni di Egra in 2007.

The German members of our ensemble brought with them their large valved parforce horns in Eb/B. These instruments were of varying quality, and our Czech players weren’t overly excited about them. 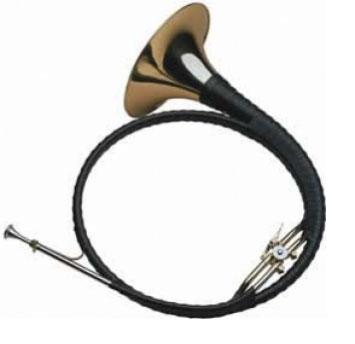 In dire need of suitable hunting horns for the ensemble, we once again commissioned Zdeňek Smrž to produce an invention horn in Eb/Bb with interchangeable crooks: 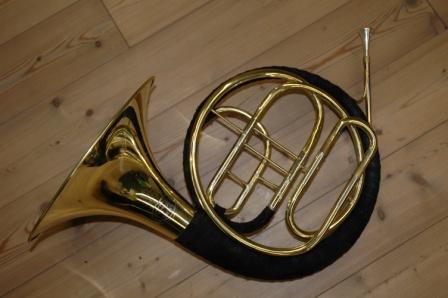 We consulted a number of manufacturers and in early 2007, on the advice of our professional horn player colleagues, we make the decision to buy two Model 92 double French horns in F/Bb from Jiracek & Sons.
I visited their facilities in Šaratice, where I had the chance to try out the horns and was pleasantly surprised by the quality. On this occasion I tried out the entire range of invention horns produced by Jiracek, which led to the subsequent purchase of more excellent inventive horns, a lacquered version of the Natur Model 110 in Eb and Bb, with a 305 mm Bohemia bell and crooks: 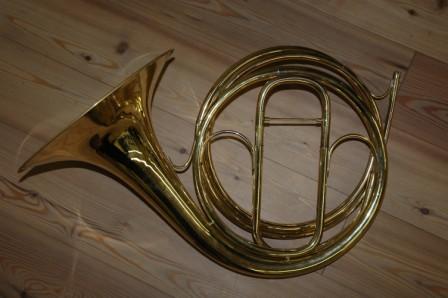 For concerts and competitions we play horns in Eb only. At this point within our ensemble we were playing four different types of horns made by a variety of manufacturers. We decided it was time we had instruments from a single manufacturer. Top-end German horns were priced very highly and did not entirely satisfy the list of requirements we had drawn up based on our experience to date.
Since most members of Corni di Egra e.V. are active hunters and not professional musicians, we need instruments that remain easy to play throughout their register, and have clear intonation and precisely positioned notes. Closed tones should be easy to play, to create the traditional Central European sound. Our instruments should be shaped to fit into standard horn cases and have the type of bell that is compatible with this playing technique. We need valved horns in Eb/Bb, similar to the standard large parforce hunting horns used primarily in German-speaking countries. The instruments should be convenient to use and the surface finish of the horn should be low maintenance.
After seeing reproductions of invention horns by Jiracek from the 18th and 19th centuries, we decided to try to order custom-made compact parforce horns in Eb/Bb from Jiracek & Sons. We had confidence in the manufacturer’s abilities to produce instruments tailored to our requirements. Milan Jiráček responded positively to our enquiries:
“To build a good musical instrument is not easy. Your requirements are also quite specific. To our knowledge, similar instruments are not produced on a larger scale anywhere in the world. This is no coincidence; manufacturers appreciate that a whole range of issues must be resolved.
Some similar horns were produced many years ago by Lídl (Brno-based instrument maker)  , and one-off instruments are made by small manufacturers from time to time. However we have no intention of copying these since we use our own designs. You are essentially commissioning a French  horn, or at least by Czech standards this would not be a hunting horn (although internationally it would fall into that category).
The individual curved components will be hand-made from lead. We will make use of our experience in German horn production, especially when manufacturing the mouthpiece tubes – for now, the most suitable solution seems to be the mouthpiece tube no. 46 with a typical German sound in combination with its own mechanism and a Central European style Bohemia bell. It must be built in such a way that it can be pitched to both Eb and Bb, and each side can be tuned separately. Aesthetics are also important. The instrument needs to look good; usually then it will play well.”
We agreed with this assessment. The initial prototype of a new hunting instrument saw the light of day in mid-August 2008. After careful testing, and a few issues that were promptly resolved by the manufacturer, production began on the new Model 128 parforce horn in Eb/Bb (compact version). 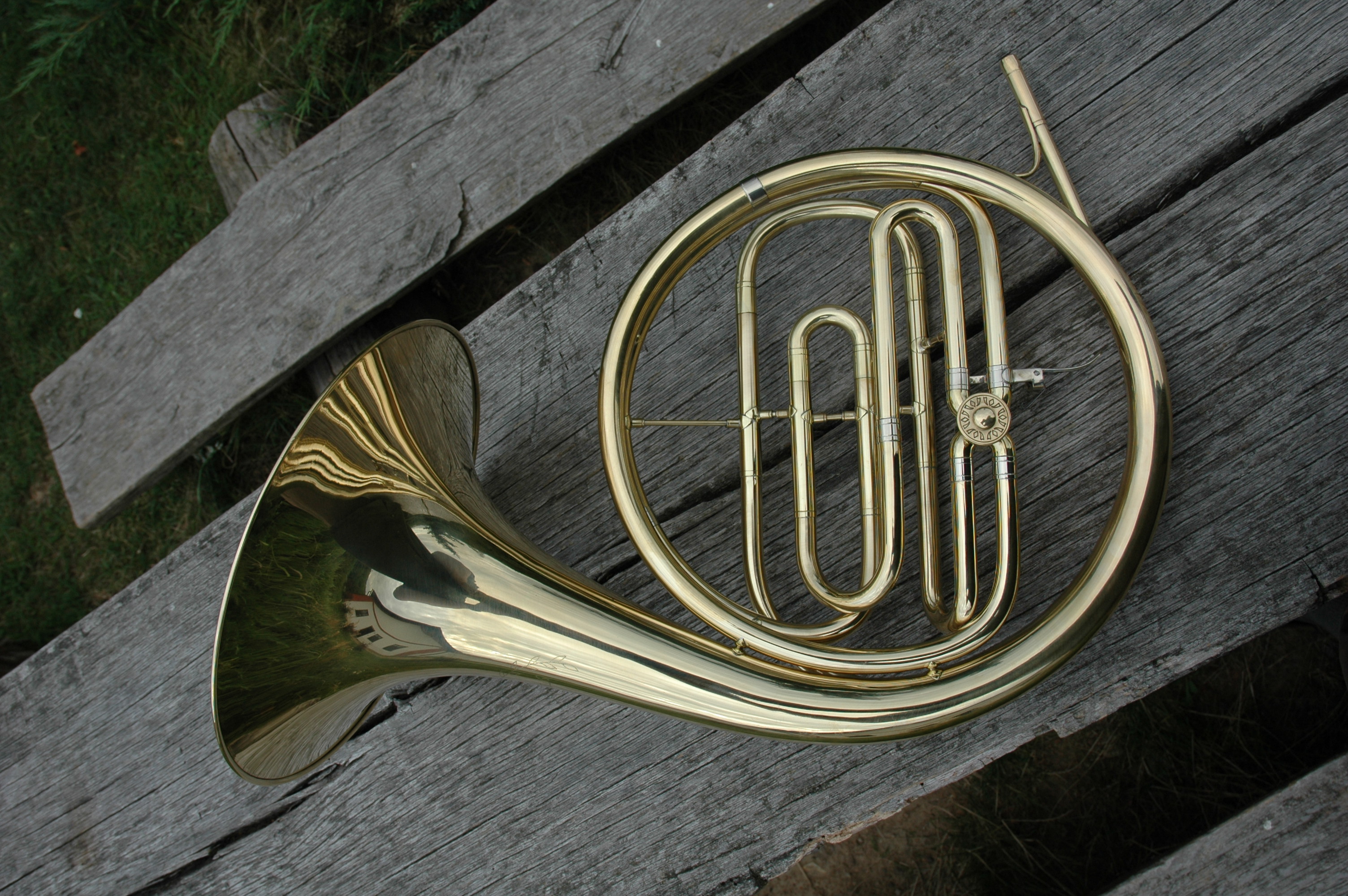 Given the fact that many of us are accustomed to detachable bells on our horns, we also commissioned the Model 128 in Eb/Bb with bronze screw bells from German manufacturer Alexander. In our opinion these instruments are even better than the original version. Currently all members of Corni di Egra play this horn. 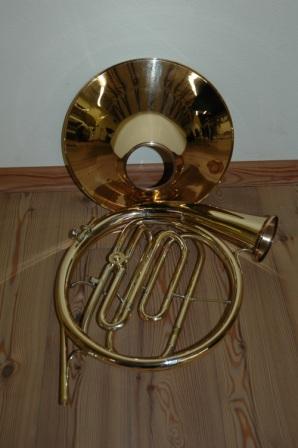 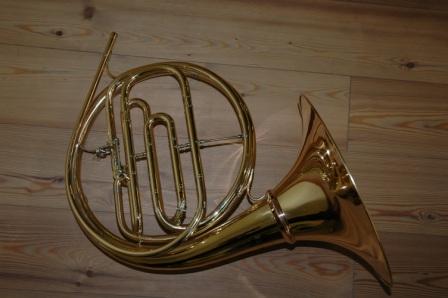 Ever in pursuit of perfection, in 2012 we sent all of our horns for servicing and had them galvanically silver plated.
The mouthpiece is very important for a horn player. In 2013, thanks to the kindness of Professor Jindřich Kolář of the Pilsen Conservatory, we were give the opportunity to select and try out mouthpieces made by German manufacturer Engelbert Schmid. Most of us are still using them to this day. 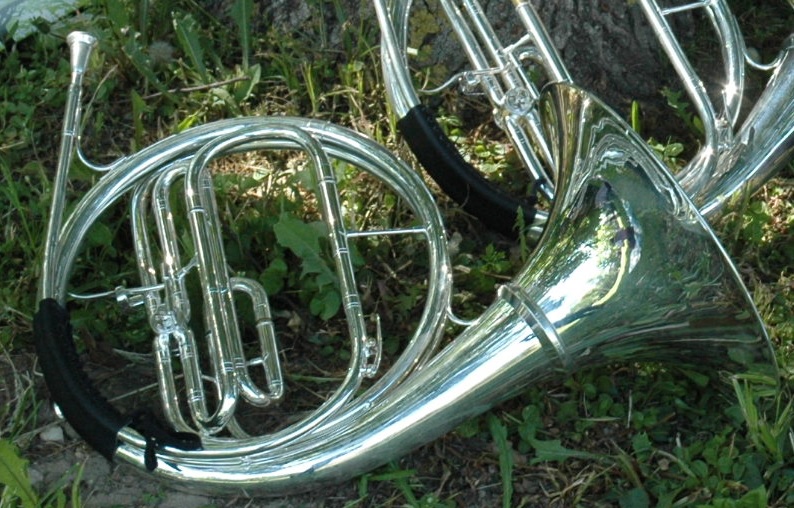 We like Jiracek horns. They are handmade from top-of-the range material, their high quality is guaranteed and meet the criteria of players. Inventive Horns Natur model 110 is an excellent tool for good players controlling technique of playing closed tones.
In the D - trio Corni di Egra I play  with Lucka Knoblochová  and Petr Závodský, we all play Jiracek natural horns. Petr swears by the natural horn, a preference that is tolerated by his teacher at the Pilsen Conservatory, Professor Jindřich Kolář.
I personally prefer the compact parforce horn with detachable bell. While admittedly it does not play with the facility of a classic invention horn (although the resistance of the in-built valve Eb/Bb  is only barely noticeable), it does have one significant merit – I use less closed tones, whose quality can be problematic.
In our opinion, valved hunting horns with one ventil Eb/Bb are as acceptable in contemporary hunting music as they are in music generally.
In our dealings with Jiracek we played a small part in the development of the compact version of the parforce hunting horn, which has a number of advantages over the standard large parforce horn in Eb/B.
Finally we would like to leave you with a resource for download. Although the valved hunting horn in Eb/Bb is the most common hunting instrument west of the Czech Republic, we were surprised to find that no specific scale tables had been published in world. As such we have provided a scale table for valved hunting horns in Eb/B, which is available for download below.
Signing off with a hunter’s salute!
Yours sincerely,
Ing. Miloš Šedivý
CORNI DI EGRA
Kindly translated by Louise Kelleher (https://louisekellehertranslation.com)